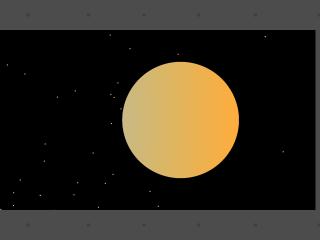 Brightness and color of rapidly moving objects: The visual appearance of a large sphere revisited

An object at relativistic speed is seen as both rotated and distorted when it is large or close by so that it subtends a large solid angle. This is a consequence of the aberration effect and is obtained by purely geometric considerations. In this paper it is pointed out and illustrated that a photorealistic image of such an object would actually be dominated by the Doppler and searchlight effects, which would be so prominent as to render the geometric apparent shape effectively invisible.

This article can be downloaded in PDF-format here:
Brightness and color of rapidly moving objects: The visual appearance of a large sphere revisited (152 kB).